Rest of the pile: Top 10 worst sports movies ever

10. Tagline from the DVD box: His stripes made him an outcast. His heart made him a hero. They forgot “his movie works better than Ambien.

9. Let’s be honest, this was about a guy in the mid west who hallucinated an entire baseball game and people thought it was romantic. If he had hallucinated anything else, he’d have been arrested.

7. Just look at this poster. Let this soak in. Did Bugs Bunny really need the money this badly? Here’s your tagline, Half cartoon, half live action, all crap. These were Spacejammed into Wal Mart’s $1.99 bin with more authority than 23 ever dunked a basketball. 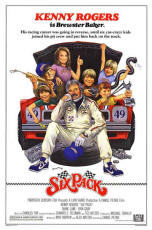 Ignored child labor laws and a creepy bearded dude that hangs around kids are not enough to save this movie. 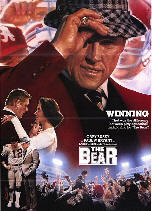 5. Even Tide fans left this movie rooting for Auburn. 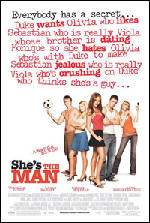 2. The Bean is still unclear why Hollywood hates monkeys so much. Here’s another example… Making one “act” with Matt LeBlanc. “You’re there to support the chimp. Just remember that, Joey.”

1.  ANY movie that makes “Stop or My Mom Will Shoot” (with Estell Getty) not the worst Stallone movie deserves a place on this list.  Remember, Stallone made: Cobra, Judge Dread, Oscar,

Best part of this movie?  Sammy Hagar’s song on the soundtrack. No, make that the closing credits. Let the Bean walk you through this movie’s premise.

Truck driver, Lincoln Hawk gets his kid from a military academy because his mother is dying. Not Stallone’s, his kid’s. Anyway… What turns into long story/longer… It’s the feel good arm wrestling movie of the year.

The premise of this movie is that the kid breaks his arm only to have it come back stronger and better than ever.

Maybe we should try breaking the DVD a few times.

8 Seconds… That’s exactly how long this lasted in my DVD player before I hit the eject button.

Luke Perry finds out that working with 1200 pounds of angry beef is a whole lot easier than working with Shannon Doherty. 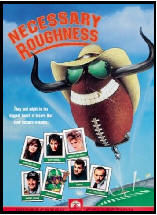 B-list actors playing B-list football players. Rob Schneider, Kathy Ireland, Sinbad, Jason Bateman, Scott Bakula… If you once had a hit TV show in the 1980’s, you had a spot in this movie. I think Gary Coleman and Alf had small cameos. How on Earth could this not be an instant classic?

Any movie with Sinbad and that Huey Lewis-looking Quantum Leap dude is probably going to suck. Turns out, it did.

If you can’t get a bunch of inner-city street thugs to respect a bumbling line screwing-up blonde from Laugh-In, who will they respect?   The Bean rented this DVD just for the deleted scenes.  Turns out black guys do love blondes.

Penny Hardaway, and the O’Neill brothers, (Shaquille and Ed)? No wonder the producers of Kazam were falling all over themselves to sign Shaq after this classic performance.  This movie is likely what made Nick Nolte hit the bottle.

You don’t have to wear the cardboard 3-D glasses to see how crappy this movie is.

The Bean realizes that this is not a sports movie. However any movie this horrible deserves to be on a bad movie list. Here’s the plot… After a Nantucket family endures two summers being terrorized by this fish, sheriff Brody’s sons decide to take a trip to Florida. What’s there waiting for them? The most grudge holding shark ever born. Good lord! You get the feeling that if they had gone to Omaha, Nebraska, this shark would have been behind the counter at the truckstop where they stopped for gas.

Alright. Back to the sports movies. 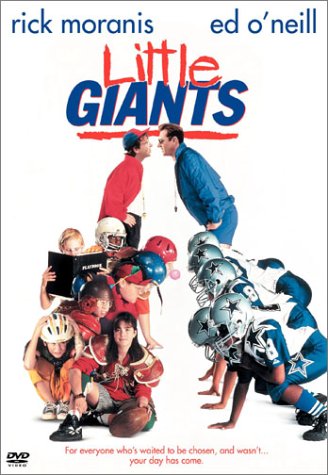 Al Bundy’s second movie on the list.  Honey, I shrunk the budget.  Shot entirely in a small town, with B-list actors, Rick Moranis take a rag tag bunch of misfits to the championship game and beats the better team. The Bean loved this movie when they called it the Bad News Bears.

Let me set the stage. Don Knotts (Barney Fife) coaches the NFL’s California ATOMS. Their star “player” is a soccer playing mule from Yugoslavia. Tom Bosley (Mr. Cunningham) and Tim Conway (uh, Tim Conway) then mulenaps GUS for a climatic scene just before the big game. Team owner Ed Asner (Lou Grant) loses his temper and yells at people alot while wearing those giant ties that he wore when he worked in Minnesota at that TV station.

I guess Hogan doesn’t know best. Hulk “Thunderlips” Hogan was such a big hit in his draw in Rocky III that he rode his on rhinestone encrusted capetails to movie stardom.   If the court really wanted to teach his kid a lesson, play this 24 hours a day in his cell.  He’ll never drive again.

Ex- QB and current FBI agent, Johnny Utah (Reeves) is sent undercover to foil a group of bank-robbing surfers headed by Gene Hackman and Dennis Hopper before Hopper is able to put a bomb on a city bus and force Sandra Bullock to drive it to Indiana to blow up a high school boys basketball team, the same team Hackman and Hopper would be coaching against in the state finals.